When America leads, the rest of the world takes notice 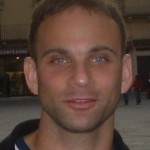 Jonathan Morgenstein served twenty years in the U.S. Marine Corps Reserves, currently holding the rank of Captain. In addition to his distinguished military career, Jonathan has worked for the Department of Defense, Third Way, and the U.S. Institute of Peace, focusing on international humanitarian policy and conflict resolution. Jonathan is a Fellow with The Truman National Security Project.

Through twenty years in the Marine Corps reserves, I have served two tours in Iraq and one short tour in Bosnia. These years have taught me deep lessons about the awesome capabilities—and realistic limits—of American military power.

I know that threats to American security can emerge from the most remote regions on Earth. However, American military power cannot be everywhere. Therefore, we need friends and allies worldwide who have the capacity and desire to help us prevent and eliminate these threats. We can ONLY support that capacity and desire—thereby making us strong—through international development.

Development builds the capacities of our friends and allies to stave off threats.

International development fights terrorism: By training police and border security, by combating corruption—which terrorists use to evade detection, and by teaching countries how to track extremists within their borders.

International development helps eradicate the dark corners and safe havens where terrorism breeds: By building stable, functioning societies, development prevents the collapse of countries into chaos where extremists hide and plot like in Yemen, Somalia, and Afghanistan. And by providing non-extremist education that gives young men open minds and economic opportunities away from violent extremist groups.

Perhaps more importantly though, international development builds the desire of others to work with us and combat common threats. ”Our friends and allies”, aren’t just governments, but peoples as well.

When America leads by helping others and standing for the core American values of democracy, human rights, and rule of law, the rest of the world takes notice and responds.

Hundreds of thousands of young women and men risked their lives in Egypt this year. They protested day after day in Cairo’s main square, to topple their dictator of 30 years. The posters they waved weren’t written in Russian, German, Chinese, or often even Arabic. They were very often in English. This is because the world looks to America to do the right thing: to help them bring the same values America believes in, the same rights Americans enjoy, to their own lives.

And the world notices. In 2004 President Bush sent the American military and millions of dollars to help after a Tsunami killed over one hundred thousand Indonesians. Polls in the next year showed that Indonesian popular support for combating terrorism (an idea directly linked to support for the United States) rose from 23% to 50%.

Last year, when working as a civilian for the Pentagon, I was on a mission to Uganda for treaty negotiations, where I met a number of female Congolese human rights activists. They met with us in private for fear that our meeting would be known. They had snuck a couple hundred miles through the jungles and across the border into Uganda just in the hopes to meet with us, representatives of the United States. And they told me, “America is our only hope.” They didn’t want American military intervention. They wanted American development support to help Congo build a stable, prosperous country. They saw America as the only, last hope of their fractured world. It was inspiring and humbling.

When we live up to these expectations and hopes, it has positive consequences. When we embody the values we espouse, it pays dividends. The U.S. Embassy in Nigeria was tipped off to the Christmas underwear bomber, because his own father believed in the same values as America. Time and again, terrorist plots are foiled because of the cooperation of governments and individual citizens who believe that while we don’t always get everything right, America does its best to help others and create a better world. International development, in the world’s most desperate places, is the embodiment of our core American values. But more than that, it builds a global team of like-minded millions who work with us, to eliminate threats before they are born, and to build a safer world for America. International development Makes US Strong.